The game in 100 words (or less): For the first time since Andrea Pirlo became a regular start for New York City FC (only three games, admittedly), Jason Kreis’s men are winners following a 3-1 victory over league-leading D.C. United at Yankee Stadium Thursday night. Frank Lampard missed yet another game with a minor injury, but it was NYCFC’s two active Designated Players who led the way in a second-half comeback. Pirlo picked up his first MLS assist on the night, while David Villa bagged his 14th goal of the season. NYCFC’s shoddy defending persisted through the first 45 minutes before United went into full-on bunker mode while clinging to a 1-0 lead after halftime. With the victory, NYCFC (27 points) remain eighth in the Eastern Conference but inch closer to sixth-place Montreal (28, three games in hand), while United’s (44) hold onto a two-point lead in the race for the Supporters’ Shield despite their three-game winning streak coming to an end.

36′ — Rolfe and Saborio counter quickly after Pirlo’s giveaway — NYCFC midfielder Pirlo notched his first MLS assist (of the secondary variety) in the 36th minute of this game, when his through ball for United’s Chris Rolfe led to a quick, deadly counter attack the other way. So what if Pirlo passed it to a member of the wrong team? He was brought to MLS to create goals, at least he’s doing his job.

51′ — Villa, Poku and Tommy Mac combine for the equalizer — Watch this ridiculous pass by David Villa. Seriously, watch it! MLS defenders are out of position like that all the time, but so few MLS players can punish them for it. Villa is one of the few. Kwadwo Poku does well to round Bill Hamid and find Thomas McNamara in the goalmouth.

80′ — Pirlo to Villa and NYCFC have themselves a lead — When Pirlo was signed, it was undoubtedly done with visions of his elegantly lofted through balls finding the feet of Villa for goal after goal after goal en route to sneaking into the sixth and final playoff place. In the 80th minute, Pirlo and Villa connected for the first time, 293 minutes into their time together.

Man of the match: David Villa

The game in 100 words (or less/more): Games played at Yankee Stadium, while rarely resembling “good” soccer, sure are entertaining, aren’t they? So entertaining, in fact, that Saturday’s 3-2 goal fest between the Montreal Impact and New York City FC actually brought down the goals-per-game average over NYCFC’s last three home games (previously 8, now just 7). Horrid defending bit once again undid Jason Kreis’s side, as the Impact burned the NYCFC defense twice in the opening 35 minutes with simple long balls over the top. A pair of phantom penalty kick calls in the second half (one for each side) made the score 3-1 before Thomas McNamara scored an all-around beautiful team goal which, of course, featured the brilliance of David Villa. Andrea Pirlo made his first MLS start and played all 90 minutes, while Frank Lampard came off the bench in the 69th minute and made his MLS debut. NYCFC are three points back on Montreal for the sixth and final playoff place in the East, having already played three more games.

The moments that mattered

5′ — Oduro gets in behind and opens the scoring — Long ball over the top, Oduro gets behind the NYCFC defense, nutmegs goalkeeper Josh Saunders and slides the ball into an empty goal.

32′ — Piatti gets in behind and doubles the lead — Long ball over the top, Piatti gets behind the NYCFC defense, chips Saunders and watches the ball bounce into an empty goal.

85′ — Villa’s backheel flick sets up McNamara — Moments after Montreal went up 3-1, NYCFC hit back with a beautiful team goal. The vision and ensuing backheel flick from David Villa was pure class.

The game in 100 words (or less): Seven second-half goals were scored between New York City FC and Orlando City SC on Sunday. Defense is now optional (and strongly discouraged) at Yankee Stadium. Cyle Larin scored his first career hat trick for Orlando City, whileDavid Villa bagged two goals of his own to go along with tallies by Mix Diskerud, Thomas McNamara and Javier Calle for NYCFC. Andrea Pirlo made his Major League Soccer debut, coming on as a 57th-minute sub for Mehdi Ballouchy (isn’t MLS great?). The 36-year-old Italian was heavily involved in the buildup to NYCFC’s fourth goal of the afternoon, but later saw his secondary assist on the play taken away. With the victory, NYCFC have now leapfrogged Sunday’s opponent in the standings and occupy seventh place in the Western Conference. Sixth-place Montreal Impact have three games in hand.

45′ — Villa’s exquisite first touch sets up the opener — Newsflash: David Villa is really, really, really good. Don’t believe me? I know you do, but watch this beauty of a first touch and placement on the finish anyway.

67′ — Villa loses Collin and bags his brace — After OCSC hit back not once, but twice, early in the second half, Villa gave NYCFC the lead once again when he lost Aurelien Collin and got a fortuitous deflection. Regardless, the vision and use/creation of space remains world-class from Villa.

85′ — Larin completes his hat trick, in vain — Shoutout to Larin for his first professional hat trick. Also, shoutout to Larin for the stellar finish on his third goal of the day. The first overall draft pick from the 2015 MLS SuperDraft now has nine goals in 15 appearances as a rookie.

Cyle Larin completes his hat trick with a beauty. NYCFC’s lead is down to 4-3! #SoccerSunday #NYCvORL http://t.co/eASCiV39em

All the hubbub about his Manchester City loan is in the past, and Frank Lampard is officially training with New York City FC, a bit later than NYC fans had hoped but better late than never.

With the first-year club finding its footing under head coach Jason Kreis, Lampard slipped into practice today as “just another guy” according to second-year MLS player Thomas McNamara.

Once he hits the small-sized Yankee Stadium pitch for NYC, however, he’ll hardly be able to blend in, as the hopes for Lampard are about as high as possible for a MLS debutant.

Shay Facey knows Lampard from his time at Manchester City, and wasn’t bashful in praising the situation.

“It’s amazing. We’ve been waiting and waiting, as you already know, as well as everyone involved with the club and the fans,” rookie defender Shay Facey said. “Everyone has been really excited and today he’s here, and I’m sure a lot of the guys after training will be talking to him and getting as much out of him as they can.”

…Lampard is expected to make his debut for NYCFC July 12 against Toronto FC at Yankee Stadium. Until then, he will continue to get acclimated to his new teammates and his new surroundings.

Again, no chance that’s happening next weekend at Yankee Stadium. And we can’t wait to observe. 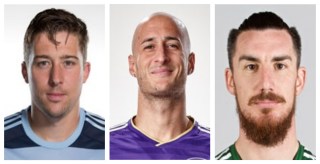 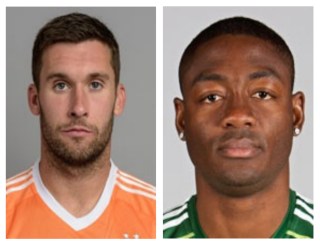